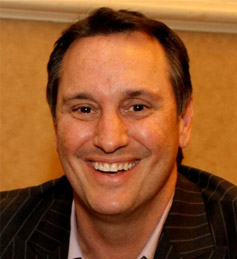 “Golf is such a mental game, and Mark’s expertise lies in making the connection between being mentally prepared and then allowing the body and the muscles to carry through with that preparation.” — Head Coach Dwaine Knight

In addition to the various physical and academic support systems available to UNLV student-athletes, the Rebel golf team also has the advantage of mental training, under the supervision of Dr. Mark Guadagnoli. Guadagnoli, a professor in UNLV’s Department of Kinesiology, also serves as a mental training consultant for the Rebels. A professor at the school since 1991, this will mark Guadagnoli’s 13th season working with the Rebel golf team.

“The way these elite golfers play the game requires intensity, focus, and a great deal of athleticism,” Guadagnoli said. “My job is to help them achieve their best, on and off the course. We are extremely fortunate to have someone of Mark’s ability and experience right here on campus,” UNLV head coach Dwaine Knight said.”

Golf is such a mental game, and Mark’s expertise lies in making the connection between being mentally prepared and then allowing the body and the muscles to carry through with that preparation. His resume and reputation speak for themselves and we are lucky to have that advantage.”

Guadagnoli has spent the past 20-plus years working as a consultant to Olympic, collegiate, and professional athletes in several sports, but he specializes in working with golfers. Golfers at all levels have worked under his tutelage, including players on the PGA and LPGA tours as well as participants of the U.S. Amateur, Walker Cup, and Palmer Cup. Guadagnoli has worked with golfers at the Masters, U.S. Open and other PGA events.

Guadagnoli began studying human performance late in his undergraduate days at Texas A&M, where he received both his bachelor’s and master’s degrees in Kinesiology. He then worked as a Research Psychologist for the Army Research Institute for Behavioral Sciences while completing the requirements for a dual doctorate in human performance and cognitive psychology from Auburn University. Despite his heavy workload, Guadagnoli earned high praise. He was voted the Most Outstanding Graduate Student of the department, college, and university, the Outstanding Graduate Student of the Year by the Office of Special Programs, and was awarded the prestigious William Revington Outstanding Leadership Award.

The praise has continued at UNLV, where he has earned Researcher of the Year and the department, college, and university’s Teacher of the Year Awards, and has seven times been voted Outstanding Kinesiology Faculty Member of the Year by a Scholar-Athlete, CSUN, and Alumni Association representative. Guadagnoli has also published more than 100 articles and abstracts and has presented his work around the world. He has lectured at several universities including Harvard University, UCLA, and USC and has been featured in the New York Times, Time Magazine, Golf Digest, USA Today, The History Channel, and CBS Sports. In the summer of 2010, the 2nd edition of his book “Practice to Learn, Play to Win” was published with contributions from former Rebel golfer and current PGA Tour player Ryan Moore.