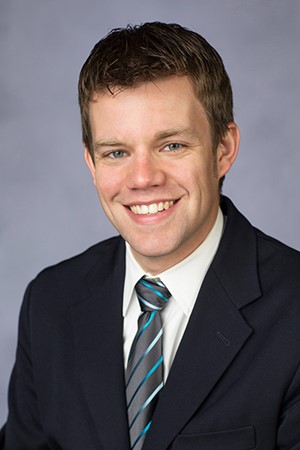 “Success in the classroom is essential to success on the golf course, so we offer our student-athletes as much support academically as they get athletically. Academics are and must remain the top priority for our student-athletes.” – Alan Hott, Men’s Golf Academic Eligibility Specialist

Rebel golf continually boasts outstanding years in the classroom. As an example in 2013-14, Redford Bobbitt, Carl Jonson, Kurt Kitayama, AJ McInerney, Taylor Montgomery and Chris Tuulik each received Academic All-Mountain West accolades. It marked the third-straight year Jonson and Kitayama earned the award and second time for McInerney. To be eligible for selection to the Academic All-MW team, student-athletes must have completed at least one academic term at the school while maintaining a cumulative grade point average of 3.0 or better, and be a starter or significant contributor on their team. There has also been much recent success and unlv golf is continually dedicated to success in the class room.

Also, Bobbitt, Jonson and McInerney were named MW Scholar-Athletes. It was Jonson’s third time on that list. The MW Scholar-Athlete Award is one of the highest academic honors bestowed by the conference. To be eligible for selection, student-athletes must have completed at least two academic terms at the member institution, while maintaining a cumulative grade point average of 3.5 or better, and have participated in varsity competition in an NCAA-sponsored sport.

As of 2012-13, four Rebel golfers earned Academic All-MW honors. Over the last 10 years, a total of 39 UNLV men’s golfers have earned such recognition, while since the 2004-05 season, at least one Rebel golf student-athlete has been recognized with the MW Scholar-Athlete Award. In addition, since 2000, 11 UNLV men’s golfers have earned All-American Scholar honors including Jonson in 2013-14, while the program has had four Academic All-Americans.

The awards only continue to come in on and off the course for the Rebels.

Seven UNLV men’s golfers made the Dean’s List in 2013-14: Bobbitt, James Feutz, Jonson, Kitayama, McInerney, Montgomery and Tuulik.The UNLV men’s golf program has a current string of 21 straight semesters with a 3.0 team grade point average or higher and the squad’s 3.34 team GPA in the spring of 2007 was its highest since fall of 1996. In the spring of 2014, the team earned a 3.24 cumulative GPA.

Ever since its first classroom opened in 1957, UNLV has been on the rise in the world of higher education. From dusty lots with only a few buildings to a lush, ever-expanding setting, the campus has continued to respond to the demands stemming from an increasing enrollment.

The University boasts nationally competitive business programs and a school of hotel administration that attracts students from around the globe. But with 246 degree programs in 15 schools and colleges, UNLV offers the student-athlete an array of educational opportunities.

UNLV maintains an academic support system for its student-athletes that is designed to ensure success on and off the fields of play. Housed in the Academic Success Center, academic advisors work with the 17 men’s and women’s sports ensuring student-athletes receive personalized care regarding their progress in education.

Advisors work with their sport-specific student-athletes in scheduling, tutoring, degree progress and NCAA eligibility. Providing even greater challenges, students who maintain a 3.5 grade point average can apply for entrance into UNLV’s honors program.

Alan is the Assistant Director for Student-Athlete Academic Services (SAAS) in the Academic Success Center, and currently provides academic support for Baseball, Women’s Soccer, and the Men’s and Women’s Tennis programs. He received his M.S. in Sport Management from Northern Illinois University in 2006, and during his time with the Huskies he served as a graduate assistant in their athletic academic services department. Prior to beginning his career at UNLV, Alan was an Assistant Athletic Academic Counselor at The Ohio State University from 2006-2007.

Alan received his B.A. in Communication from Millikin University in Decatur, IL and was a member of the men’s tennis program (NCAA Division III). He continues to be an active participant in USTA leagues throughout Las Vegas. Alan is originally from Peoria, IL.

A Student-Athlete said the following when Hott was honored as a top 10 Academic Advisor at UNLV in 2016-17: “Alan wants you to not only do your best in class, but to be the best version of yourself every day.”