It has become a constant on the PGA TOUR in recent years. Former Rebels seemingly are in every field of every PGA TOUR tournament throughout the season. But when the PGA TOUR makes a stop in Las Vegas for the annual Shriners Hospitals for Children Open, the Rebel presence goes up in intensity. This year the field included Charley Hoffman, Chad Campbell, Ryan Moore, Derek Ernst, Andres Gonzales, and Chris Riley were in the field. Also, Chris Berry, a key member of the 1998 UNLV Golf National Championship team, was on the bag for Las Vegas local Alex Cejka.

Here is a look at some of them through the lens of longtime Rebel Golf photographer Steve Spatafore.

Campbell led the way with a top 10 finish and challenged for the lead all week. He ended in a tie for 8th. Ryan Moore, who won the event in 2012, finished in a tie for 43rd. Ernst, Hoffman, Gonzales, and Riley each missed the cut.

Both Rebel Head Coach Dwaine Knight and wife, Debbie, and Assistant Coach Philip Rowe were in the gallery watching the former Rebels. The Rebel program is annually ranked near the top when alumni and world rankings are determined. Deep is the best word to use when describing the Rebel impact of the PGA TOUR over the years. 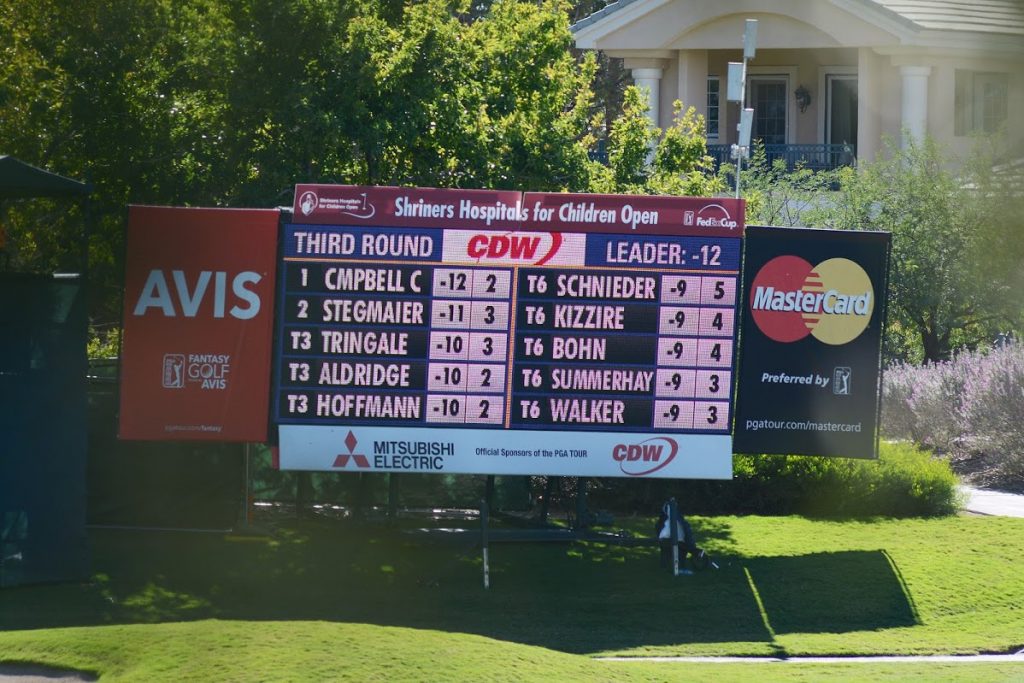