UNLV Hall of Fame Head Golf Coach Dwaine Knight has pretty much done it all during his playing and coaching career. Over the years, he also met the legendary Arnold Palmer on several occasions. Following the passing of Mr. Palmer, Knight reminisced with Las Vegas Review-Journal golf writer Steve Carp about his times with the man who is being mourned by the entire world.

“It’s among my most treasured mementos,” Knight told Carp about a letter he received from Palmer upon his induction into the Golf Coaches Association of America Hall of Fame. “He was such a gentleman. He was so gracious.”

Palmer also was the head coach of the United States Palmer Cup team in 1997 and asked the King if he would speak to the team prior to the matches.

“He said he couldn’t do it because it wouldn’t be fair to the other team,” Knight said. “But he said, ‘I’ll be glad to talk to your guys after you win.’ So he put the pressure on us. But we won and he did talk to our guys, which was very special.

“But that shows you the kind of person he was. He always put the game first. And I think that’s why people loved and respected him.”

UNLV Assistant Coach Philip Rowe also had ties to Palmer. Rowe was a coach for the Europe team in the Palmer Cup in 2013 and met Mr. Palmer, and was fortunate to be seated next to him during the team photo session. 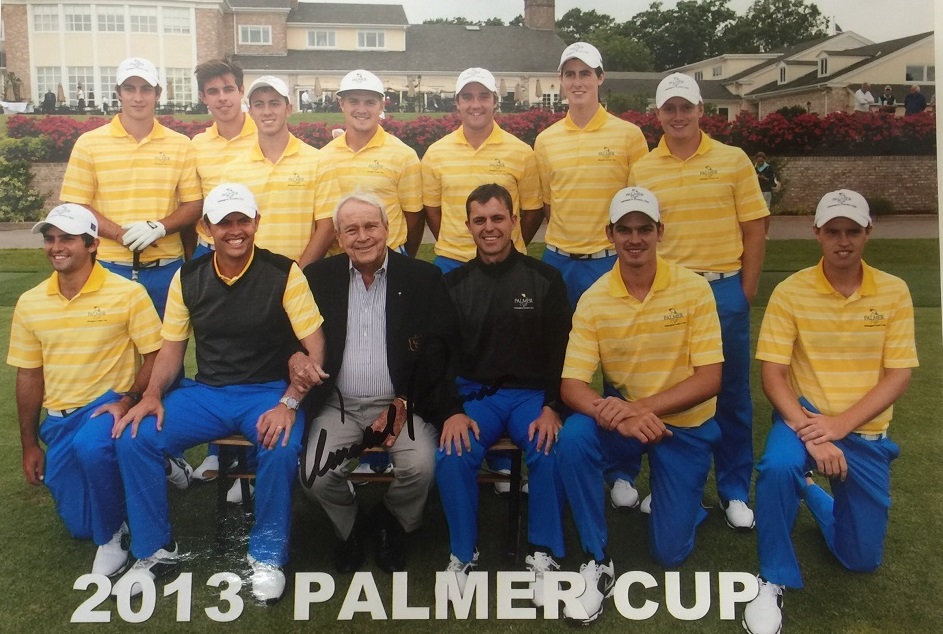