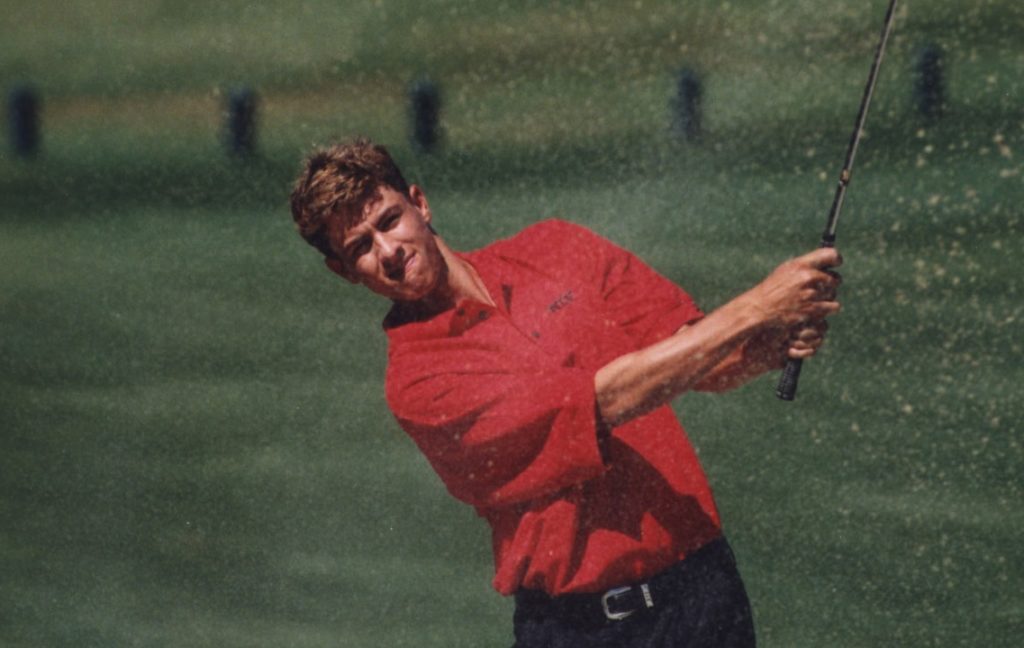 Although his stint in a Rebel uniform was brief, Adam Scott’s contribution to the program is still significant. Scott spent just a year-and-a-half in the Scarlet and Gray before taking his aim on the professional ranks. But in such a short time, he was able to help the Rebels to an NCAA Championship appearance (and sixth-place finish) during an All-America freshman campaign.

Scott came to UNLV in 1998 from Hope Island, Australia, and immediately cracked the Rebel lineup. He continued to hone his game at the collegiate level and ended the season sharply, finishing in the top 20 in five straight events to end the year. His 11th-place effort at the national finals earned him honorable mention All-America honors.

He was one of three All-Americans returning to the lineup in 1999 when he decided to forego his collegiate eligibility and turn professional in the middle of the 1999-00 season.
He needed just eight starts in 2000 to secure his European Tour card. The next season, he opened the year with his first professional win at the Alfred Dunhill Championship.

He has recorded 13 top-10 finishes at Major PGA Tour events. Prior to his win at the Masters in 2013, his best finishes were at the 2011 Masters and 2012 British Open, both second-place showings.