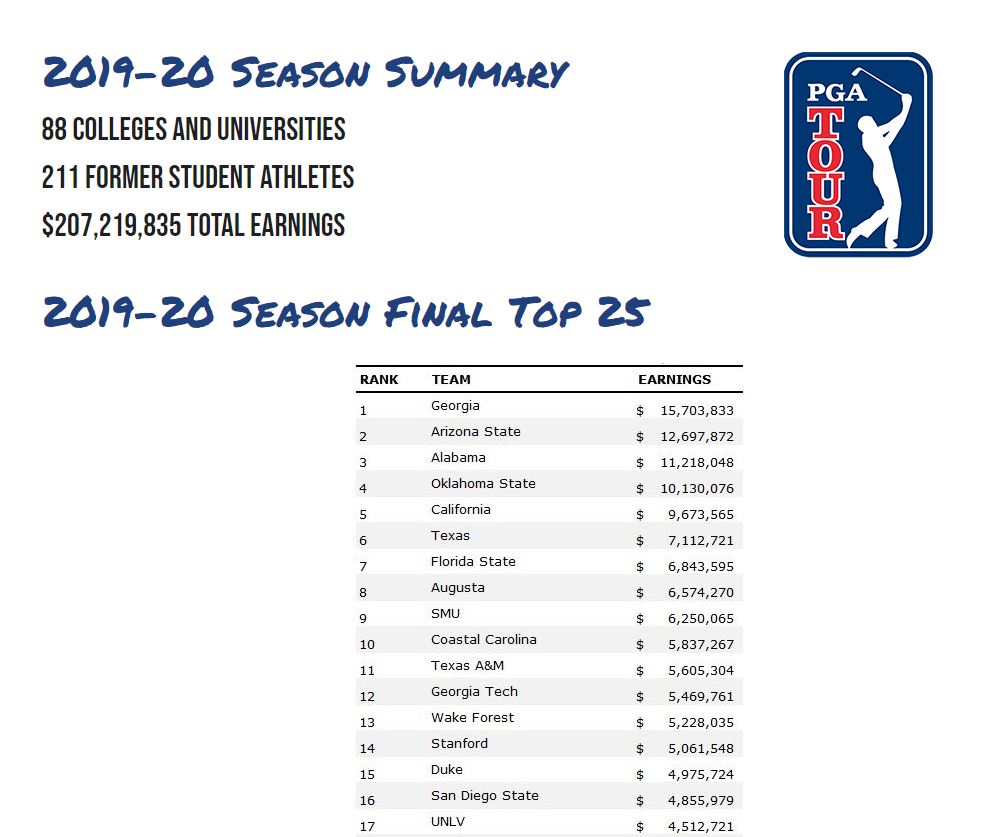 Historically, UNLV ranks at the top of the Rivals Cup rankings of schools with PGA TOUR pros.

And in one of the best headlines ever about UNLV Men’s Golf, the Atlanta Journal Constitution once famously wrote: “Hail, hail the puttin’ Rebels—UNLV sets the standard for churning out quality Tour pros.”

The article in one of the largest newspapers in America was based on how Rebel alumni did on the PGA TOUR, and in that year (2007), UNLV was ranked number one, ahead of such schools as Arizona State, Florida and Oklahoma State.

And UNLV Men’s Golf is always among the leaders, finishing second in 2014-15 and in the top 5 regularly.