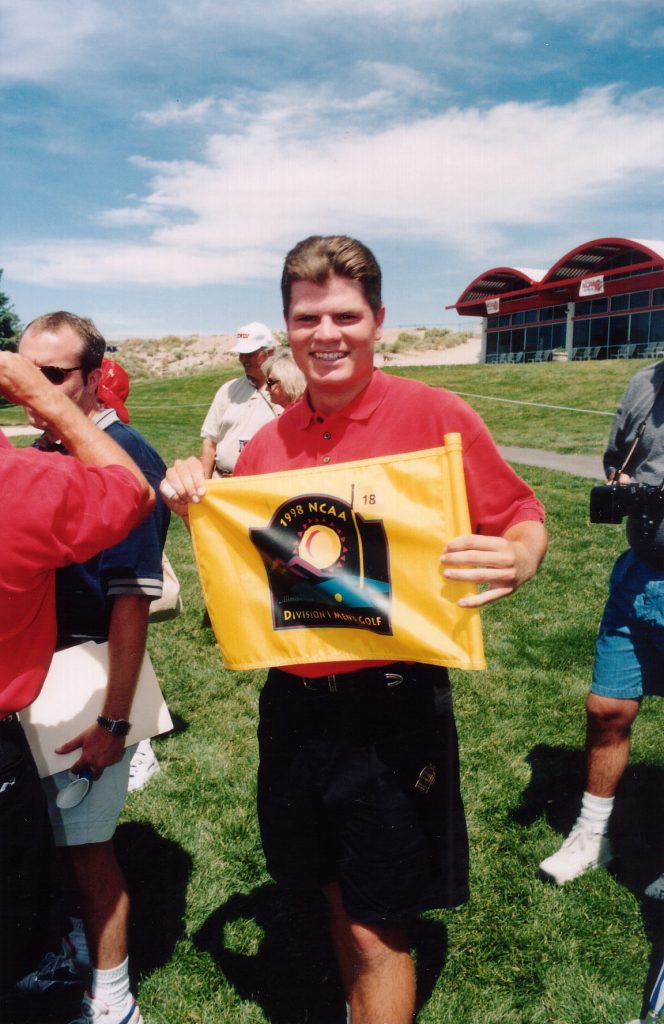 It takes little more than a brief glance at the Rebel golf record book before his name jumps off the page. When Jeremy Anderson left UNLV in 2000, he had etched his name atop the list of Rebel greats with records for low round, low 54-hole tournament, single-season stroke average, and career stroke average.

A member of UNLV’s 1998 national championship team, he had claimed all of the coveted accolades in collegiate golf, including back-to-back conference player of the year awards and three All-America selections.

He demonstrated equal success in the classroom as a model student, three times being tabbed both academic all-conference and Academic All-American before completing the requirements for his bachelor’s degree in business. He was inducted into the UNLV Athletics Hall of Fame in 2010.

This Rebel star played his way onto the PGA Tour in his first year after graduation, earning his way through the rigorous “Q School.” He held his Tour card for one year, earning nearly $100,000 in 2001. He was still active on both the Nationwide (formerly Buy.com) and Gateway Tours before retiring from professional golf in 2010.

Still a Las Vegas resident, the Lake Mary, Fla., native spent 2003 playing on the Gateway Tour in Arizona, where he finished 48th on the money list. His best finish on the Nationwide Tour in 2005 was a tie for ninth at the Oregon Classic presented by Kendall Automotive. His best in 2006 was a tie for eighth at the National Mining Association Pete Dye Classic and for the season, Anderson made 11 cuts in 23 starts with two top-10 finishes.

In 2007, Anderson finished second in two tournaments, made 11 cuts in 27 starts and recorded six top-10 finishes. In 2008 he played in 25 events. Anderson’s best finish on the PGA Tour was a tie for 23rd at the 2001 Michelob Championship. He is also a member of the UNLV Athletics Hall of Fame as part of the 1998 national champion squad that was inducted in 2008.