Check out all info of 2019 Southern Highlands Collegiate

Check out all info of 2018 Southern Highlands Collegiate

Check out all info of 2017 Collegiate Masters

Check out all info from the 2016 Southern Highlands Collegiate 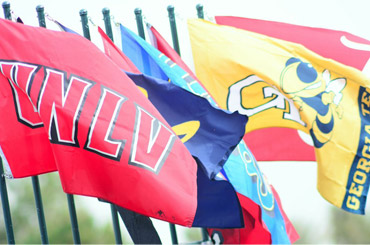 Hosted by UNLV and the Las Vegas Founders, the event annually lures the country’s best to compete in the desert. In fact, on an almost annual basis, the event is ranked as the No. 1 tournament in all of collegiate golf in strength of schedule by Golfweek.

“I believe it’s very important to bring the best of the best to our hometown, and that’s what happens each year at the Southern Highlands Collegiate when many of the best amateur golfers in the world come to Las Vegas to play,” says UNLV Hall of Fame Golf Coach Dwaine Knight. “This is the one invite that coaches and players want to get each year, and the coaches tell me that this is the best tournament of the year, even ranking higher than the NCAA Finals. That’s very humbling to hear. The dream that we had many years ago about creating this tournament and what the Las Vegas Founders Club helped us acheive has come true. To have a host site like Southern Highlands has given the event its own aura. Southern Highlands is an outstanding host and they take pride in setting up a championship course and setting each year.” 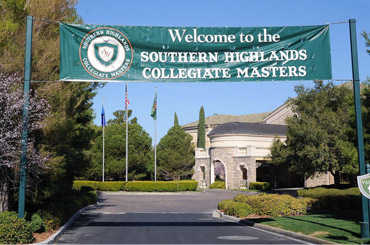 Established in 1974, the tournament has undergone various format changes, promoted a half-dozen sponsors and survived a two-year hiatus in its 39-year history. It began as the Rebel Collegiate Golf Classic, a small, six-team, 36-hole fall event for Division I programs in the West. To efficiently utilize resources, play was split between the Dunes Country Club and Las Vegas Country Club, and no practice rounds were permitted on either course. Arizona State defeated BYU by a single stroke, and the Rebels finished fourth overall in year one.

Since then, the tournament has gone through a myriad of changes. A third round was added in 1975, but counted the lowest five scores of a six-man squad. By 1984, a standard 4-of-5 scoring system was introduced. And it wasn’t until 1988 that newly hired head coach Dwaine Knight was able to secure Desert Inn Country Club to host all three rounds, eliminating the rotating course format.

The tournament was abandoned in 1996 before UNLV and Golf Digest resurrected it the following season. Moving play to the spring portion of the schedule, the Golf Digest Collegiate Invitational featured one of the richest fields to play in Las Vegas.

UNLV holds the tourney record with 11 titles, while Arizona State is two back at nine. The Rebels have won three straight on two separate occasions: from 1993-95 and from 2008-10. UNLV also won seven of 10 overall during one stretch and five out of seven years.