It has become an annual tradition for current and former UNLV golfers to unite for a spirited and fun day of golf competition and camaraderie. The day has become more than special as old stories are shared, old bonds are rekindled and generation after generation of UNLV golfers get together and swap stories and tall tales.

Head Coach Dwaine Knight loves bringing the players together and it is always a day to reminisce.

“My first office was a closet at the Thomas Mack Center, but some big dreams were formed in that little space,” Knight told Las Vegas Review-Journal writer Brian Hurlburt at the 2017 alumni match. “One of the things I wanted to do was build a tradition. We started slowly, but we had guys invest in what we were trying to do, which was win championships and get degrees. The people here this week are the ones who made this happen. During my two visits here to look at becoming the UNLV coach, I met with (donors) and Tom Wiesner. They told me about the history of Las Vegas and what it meant, and how people came from all different corners of the world and built something special. They told me that once I became a member of the community, people would trust me and the support and energy would be here to build a program and establish a legacy. They were absolutely right.”

UNLV Alumni Matches In the News 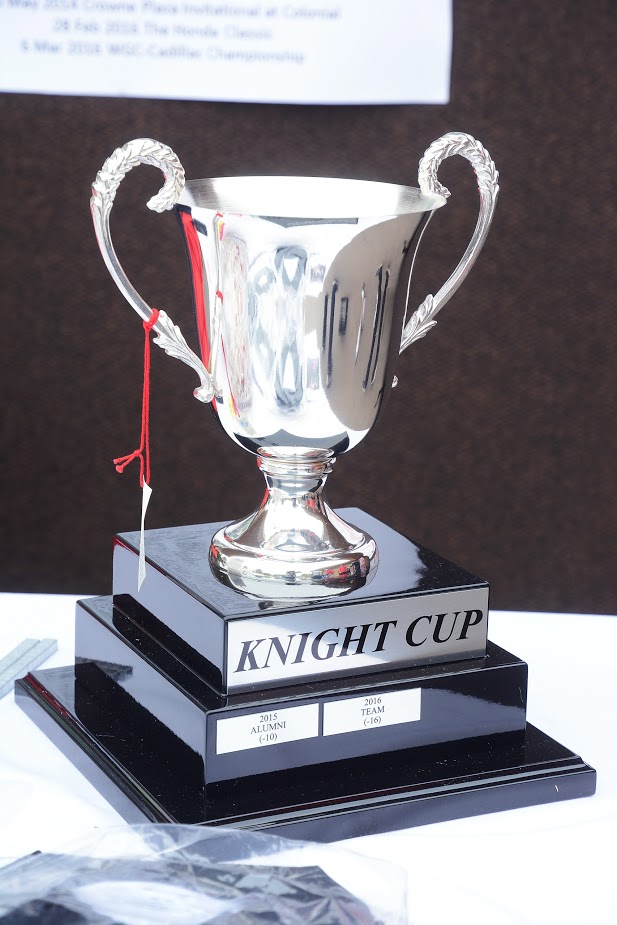 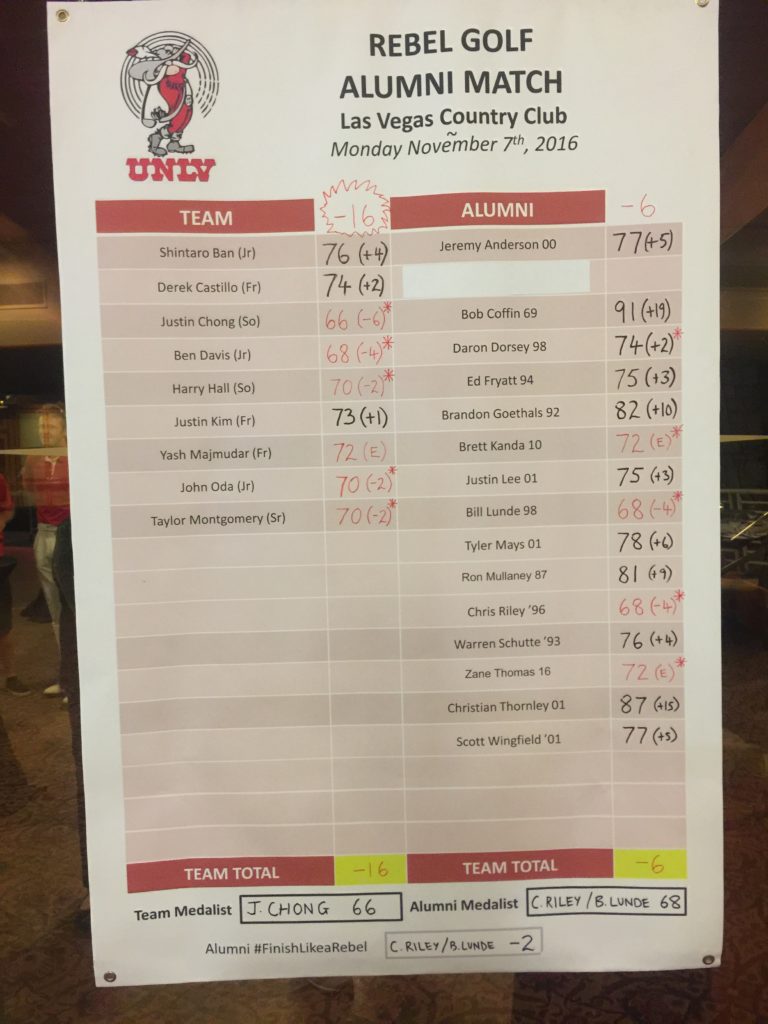 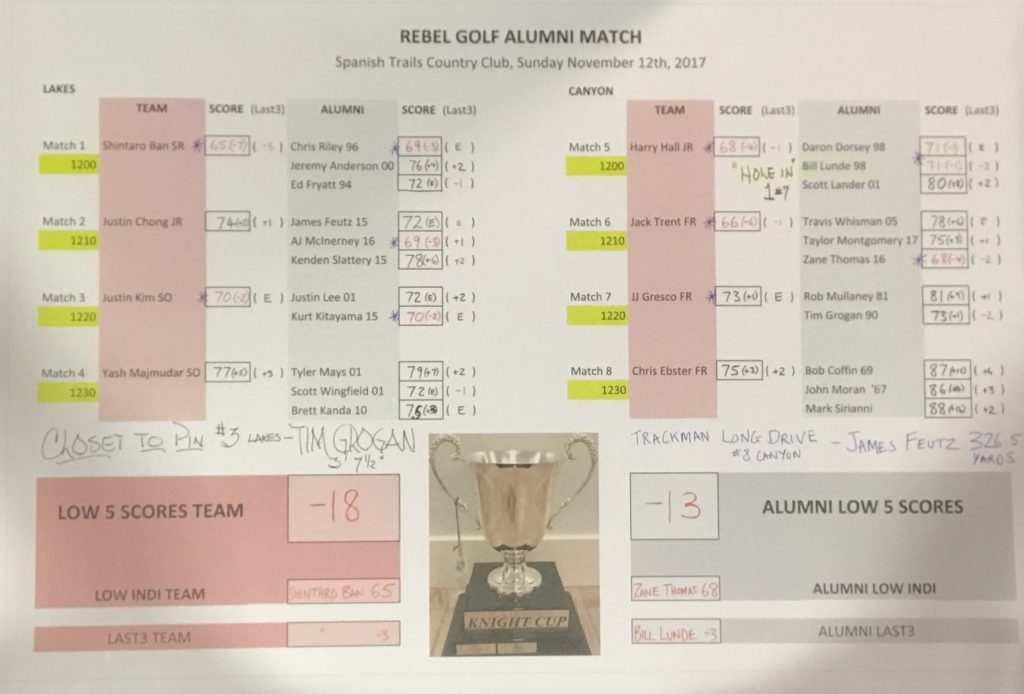 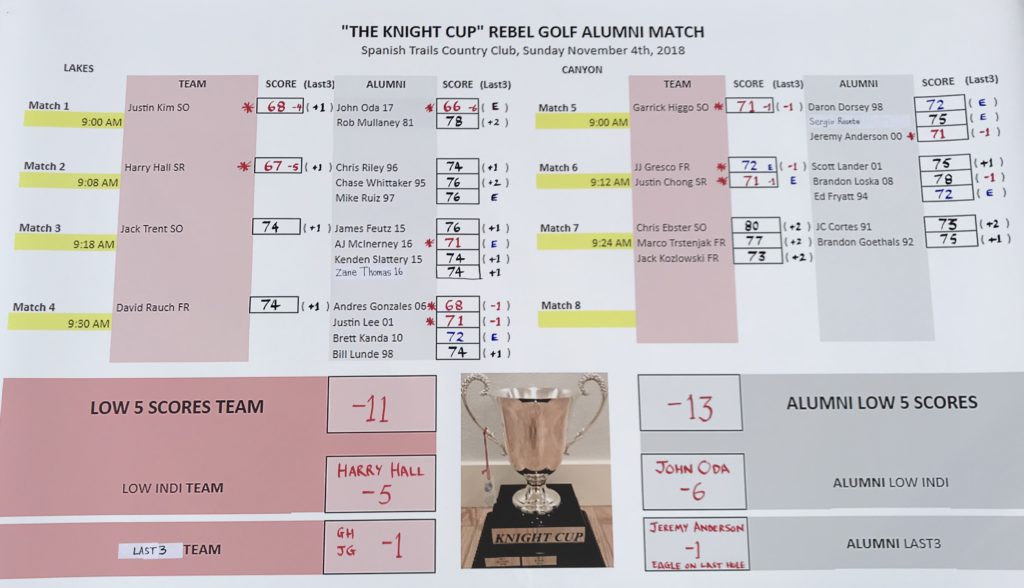