Rebels at The Masters

Several UNLV Rebel golfers have played in golf’s premier event, The Masters. Plus UNLV Golf Head Coach has caddied in the tournament.

Most notably, former UNLV All-American Adam Scott earned the Green Jacket for winning the prestigious event in 2013. Scott credited his “Finish like a Rebel” mentality as one of the main reasons why he won his first major.

Another former Rebel All-American, Chad Campbell, came thisclose to winning The Masters in 2009. Campbell went into a three-man playoff, but ended up finishing in a tie for second.

Other Rebel golfers to play in The Masters include Chris Riley, Charley Hoffman, Ryan Moore and Derek Ernst. Moore finished in a tie for 13th in 2005. 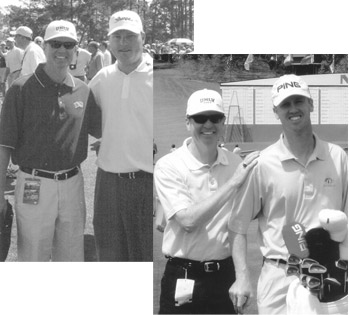