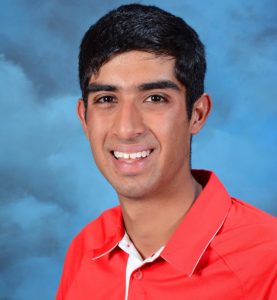 HIGH SCHOOL: A 2016 graduate of Montverde Academy and the Gary Gilchrist Golf Academy in Orlando, Fla … Made a playoff hole eagle at Anthem Country Club in Henderson, Nev., to win the 2015 Ryan Moore Junior Championship after rounds of 72, 70 and 70 … Also won the FCWT Classic, Core Golf Academy Open and the Junior Tour of Northern California Summer Series Event that same year … Won the AJGA PBE Qualifier in Stockton, Calif., in 2014 … Finished second at the 2014 FCWT Junior Tournament at Falcon’s Fire … Won the 2012 San Diego Junior Masters at Carlton Oaks Golf Club with rounds of 63 and 69 … The round of 63 set a tournament record and included an eagle, eight birdies and a bogey … The total of 132 also was a tournament record … Won the Singapore National Amateur Championship in 2013 … At 15 years old, he was the youngest to have ever won that tournament.