Second chances don’t come along all too often. Especially the ones like the one that I now have the opportunity to capitalize on at UNLV. I intend on making the most of it.

Once upon a time I was bright, young and naive 18-year old and I walked onto the Maryland and Tropicana campus of UNLV full of energy and optimism. I was optimistic about coming to THE University of Nevada Las Vegas, and playing golf for the legendary golf coach, Dwaine Knight, who has built this golf program over his now 28-year tenure as head coach to be among the elite in the land. The fact that I had been recruited here and was an incoming freshman was something that was mentioned in just about every conversation I had with any family member, friend or even acquaintance.

Along the way I was always focused on my golf and I’ll be damned if I didn’t try my very best each and every round I participated in as part of the team. Because each time you tee it up here (especially being from Las Vegas), eyes all across the Vegas valley are on you whether it is qualifying or you are traveling for a tournament. You are judged for the scores you put on that board; that’s just part of the spotlight you have to deal with coming to a premier program like this. 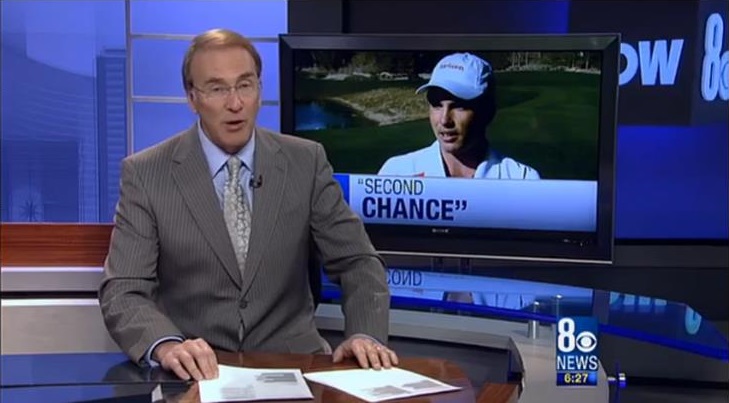 Looking back on my first few years here I can now see some of the errors in my ways. I maybe took for granted all of the amenities we were afforded as a part of the team. I was not failing as a golfer, because after traveling on about half tournaments my freshman year, I pretty much had cemented my spot on the squad for the following year. But I was not even close to achieving the things that I had come here to accomplish.

Off of the golf course I was failing to do the little details that would put me in the best position to succeed. My grades suffered, I was staying out too late on some nights, and I gave my attention to the wrong things. Even though for a college kid that might seem harmless. Not staying on top of those details on a consistent basis has an exponential effect on the way you perform. All the while these things were creating a rift between me and the rest of the team, including the coaches. I was not keeping up my end of the bargain. I was placed on probation from the team. And after another semester of not reaching our 3.0 GPA requirement, I was released from the program.

Remember how I mentioned that all eyes are on you when you play golf for the Rebels? Well, when all of a sudden my name stopped showing up on the traveling squads and roster, people noticed. Everywhere I went I had to explain that I was not on the team anymore and people tended to ask more and more questions that were difficult to answer for me. It was embarrassing, frustrating, and infuriating. It followed me wherever I went.

As if this all wasn’t enough, SilverStone, my home course that I grew up on and played during my junior and high school days was bought out and closed down by a land developer who wants to build houses on the land pending an ongoing legal battle.

Depression set in. I lost whatever confidence and momentum I had built up in my short time in the program. My personal life sufferred, and relationships with friends and family worsened. It felt like I was being water-boarded with more and more problem, and no matter how much I tried to wiggle free, the water just kept seeping over that towel.

So there I was … lost. I was a former student-athlete who had aspirations of turning professional, without a golf course, not part of a team and only about halfway done with my degree in school, but only one more year of eligibility left.

I had only one option in my mind. I was going to turn it around. I had to start finding the little positive things in my life and build on them to create a positive future. I have to credit my new girlfriend for helping me along the way with my positive mindset, because it was not easy to change my mental approach once you go down a negative path like I had. She has been terrific in keeping me on the right track.

My Dad, who taught me the game of golf, was gracious enough to offer to buy me a membership for the remainder of the year from September-December at a different near y golf course so that I had a place to play and practice. Following that, I would have to find my own way.

Question: What is the definition of insanity?  Answer: Doing the same thing over and over again and expecting a different result.

I asked for help from David Weddley, who was my academic advisor at school for a short period of time. He helped me (when he didn’t have to) get on the right path academically and helped me pick classes that would get me back on track to graduate. Then I just allocated a period of time every day to getting my schoolwork done and planned out my days and weeks according to that. That was a major from difference from before.

And who woulda thunk it? I achieved different results. I earned a 3.4 for the fall semester.

Coach Knight does not hand out anything to anyone in UNLV golf, especially roster spots. I had earned mine back, and that felt really good. I had some tangible things that my hard work had accomplished that I could build on, among them being my grade point average and the fact that I was back on the roster.

Now all eyes are back on me, but in a good way. Now it is time to perform.

My fellow senior and Las Vegan, AJ McInerney, and I committed to come to UNLV within a month of each other when we were 16-years old with one goal in mind: to win a National Championship, period. Anything less would be a disappointment. At one point, not too long ago, that seemed impossible, for me anyway. Now here we are 22-years of age with a chance, and that’s all we need. I have a special feeling with this squad. We are building our own momentum. It all starts with a positive mindset, and making sure to remember that it can happen.

If nothing else, I’m going to impact our team with a positive mindset every day.

I expect us to contend and win many tournaments this spring. But I am going to let the scores speak for themselves. The National Championship at Eugene Country Club on May 27th seems pretty far away but it’s going to fly by and we are going to be building, progressing and getting better until then.

“The UNLV Puttin’ Rebels, 2016 Men’s Golf National Champs” … that has a nice ring to it, doesn’t it? I’ll tell you one thing; we will be preparing the best way we can.

This whole journey has hardened me, made me stronger. I have learned that there are always going to be negative people out there trying to tear you down and negative avenues to go down if you give those things your attention. If you direct your attention to positive things, however, and surround yourself with a few positive people plus give yourself a pat on the back when you accomplish something as small as keeping your ball in the fairway, you can progress and spin the tide to your direction.

And I want people out there who may struggling, I am not special. It only takes a positive mindset to turn your situation around. The world is full of positive opportunities and positive energy is there at your disposal. Take advantage and use all of it.

This is my second chance, y’all. I have one semester to make the most of it. I’m not wasting any time. I am working and preparing harder and smarter in the classroom and on the golf course than I ever have before, basically acting like a professional. I have a chance to have a positive impact on the younger kids on the team and be a leader, and we have an abundance of talented underclassmen that we are really excited about. I have a second chance to change my legacy here in the Rebel Golf Program and rewrite the script.

My nickname from the moment I joined the UNLV golf team has been Train (something to do with Thomas the Tank Engine). For a while there it seemed I had wandered off the tracks. I have made my way back onto the right groove. Now I feel like a fully-primed locomotive gathering momentum, heading downhill, and I will not be stopped.

This is my second chance. I’m taking it.